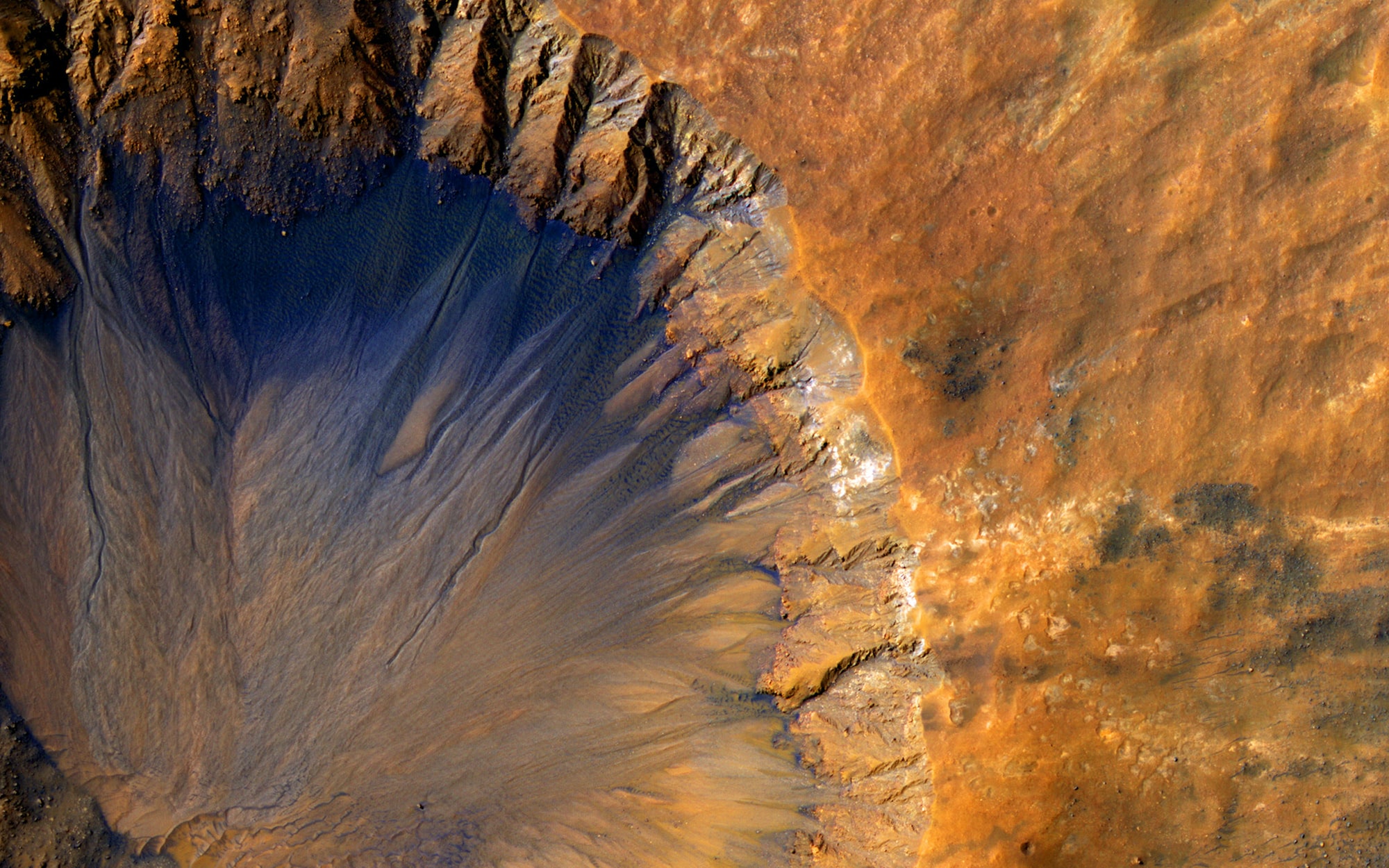 A desert planet, Mars is cold, and Mars is dry. The dust that blows across her landscapes is as fine as baby powder and would probably smell something like the powdered sweet tea my aunt used to mix with her sulfureous well water.

You wouldn’t know it from looking, but Mars also enjoys an abundance of water—she just likes to play coy with it. She keeps her water locked up in polar ice caps, subsurface ice, or wafting invisibly through the thin air. The atmosphere is too thin to hold water in a liquid state, instead allowing it free rein to simply boil away, despite the average high surface temperature in some areas only reaching a few degrees above freezing.

If we wanted to turn Mars into a livable place, we’d have to address those three fundamental issues. To have liquid water on the surface, we’ve got to turn up the pressure. We’ve got to release all that carbon dioxide and water locked up in polar or subsurface ice and thicken the atmosphere. To do that, we’ve got to raise the temperature.

We can’t pull Mars closer to the Sun, so we’ll either have to hurl giant space rocks, setup Kim Stanley Robinson’s moholes and orbiting mirrors, or nuke the planet from orbit, Elon Musk style.

Being a "greenhouse gas," carbon dioxide release will give us a double whammy, also helping to trap heat from the sun and raise the average temperatures. But with hardly any magnetic field to speak of, the solar wind will just keep stripping away all those beautiful, heavy, pressure creating molecules, and, in a thousand or a million years, we’ll be right back where we started, holding a boiling cup of stinky iced tea, gasping for air.

So, the final piece of the puzzle, the coup de grâce, the flower on the grave of inhospitality is… we’ll just have to make us a planet-sized magnetic field. Easy. Peasy.

Sign in or become a Matthew Rasnake | Author member to join the conversation.
Just enter your email below to get a log in link.

When it's then, where is there?

All about the bunkers, man.