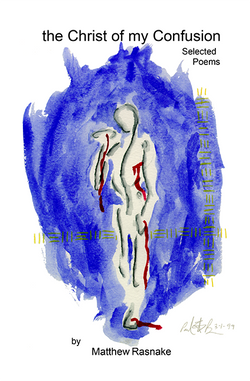 A book of selected poems by Matthew Rasnake, written over a decade from the late ’80s to late ’90s, which deals with the tumultuous coming-of-age of a young man from a small town.

Direct From the Author

the Christ of my Confusion may be available to borrow from your local library via the digital lending service OverDrive.

If not already available, search for the Christ of my Confusion in your local library's digital collection and recommend it!

Though it can take time to become available, OverDrive and your local library are great ways to read my stories for free, and I think it'll be worth your wait!